Why Music: The Secret Sauce of Success

Apple clearly took the lead over competing internet giants when it came to selling digital downloads and mp3 players, but that doesn’t mean that music wasn’t an essential ingredient in the building of the Google empire. One could argue that music’s greatest value, far more than its market share as a commodity, is something we rarely acknowledge: its ability to help wire us for greater success and fulfillment in our lives. Maybe if society began to recognize music as a key part of the development of the young minds that might one day become some of its most creative, intelligent and successful citizens, we could insist that it be a part of every child’s education.

“I feel like music training lead to the high-speed legacy of Google for me.”– Larry Page, CEO, Google

Google CEO Larry Page was not only creative and intelligent enough to build Google into the global success that it is today; he was also insightful enough to acknowledge the key ingredients that made that possible for him. According to a recent interview with Fortune, his music education was definitely one of them. “I feel like music training lead to the high-speed legacy of Google for me.” A fellow alumnus of the University of Michigan, Page played saxophone and studied music composition in his youth. While designing a program to build a music synthesizer, he discovered a major weakness in most computer software and operating systems – their inability to perform in real-time. “In music you’re very cognizant of time,” said Page. “If you’re a percussionist, you hit something, it’s got to happen in milliseconds.” [1]

Like a percussionist, he became obsessed with response time. Page predicted that the faster Google’s search engine returned answers, the more it would be used. And he was right. 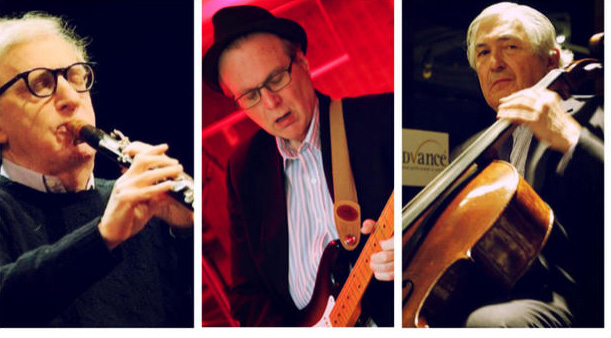 But, according to an article in the New York Times, Larry Page is just one of many business leaders, technology gurus, political figures, and creative genius’s that attribute their success, at least in part, to their early musical training. Former Chairman of the Federal Reserve, Alan Greenspan, played clarinet and saxophone. Hedge fund billionaire Bruce Kovner and Secretary of State Condoleezza Rice were both pianists. Former World Bank President James D Wolfensohn and advertising legend Steve Hayden attribute their success in the art of collaboration and communication, in part, to their cello playing. Filmmakers Steven Spielberg and Woody Allen played clarinet. Innovator and technology leader Curtis Carlson was a professional violinist by age 15. Microsoft founder Paul Allen and venture capitalist Roger McNamee grew up as musicians and still have rock bands today. In comparing music to programming, Allen told the Times, “something is pushing you to look beyond what currently exists and express yourself in a new way.”

These visionaries, like many leaders who recognize musical studies as a contributor to their success, benefited from the examples of historical icons that came before them. Albert Einstein, arguably one of the most creative geniuses of our time, attributed part of his creative intuition and scientific insight to music. He once said in an interview, “I often think in music. I live my dreams in music…I get most joy in life out of music.”

As far back as the 6th century BC, legend has it that mathematician and scientist Pythagoras derived some of his theories of mathematics from music and principles of harmonics.

Some years later, Greek Philosopher Plato wrote, “I would teach children music, physics, and philosophy; but most importantly music, for in the patterns of music and all the arts are the keys to learning.”

These words of wisdom were not lost on the parents of other contemporary visionaries, like Nobel Laureate Saul Perlmutter, a violinist and professor who was awarded the Nobel Prize in Physics; or Thomas Sudhof, musician and Noble Laureate in Medicine and Physiology, who said that one of the greatest influences in his education was his bassoon teacher, who taught him how to listen deeply and practice relentlessly.

With all the evidence and examples of how early musical training can affect one’s level of success, it should be a no-brainer that music be a prerequisite in every child’s development and education. So, why has there been such an alarming decline in our nation’s support for music programs in public schools? If so many of the top engineers, scientists, business leaders and innovators have achieved their potential with the help of music, why would we build an education model without it. There is no M in STEM without music, and there is no logic to depriving any individual the opportunity to use music to wire their brains for optimal success and fulfillment.

My hope is that we can all recognize and embrace this essential key to success, shift the overall values around the benefits of music in our society, and bring it back into the development and education of all children. Music is clearly one of the most affordable and powerful ways to create a society of intelligent, creative, collaborative and thriving individuals. 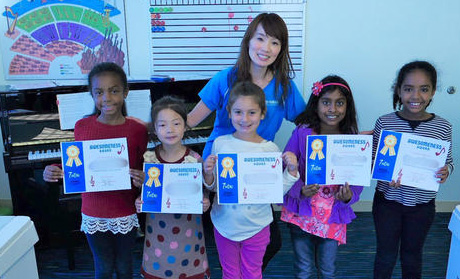 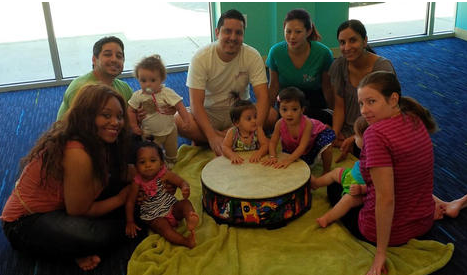 Daily Rhythms and Routines that Matter to Your Child